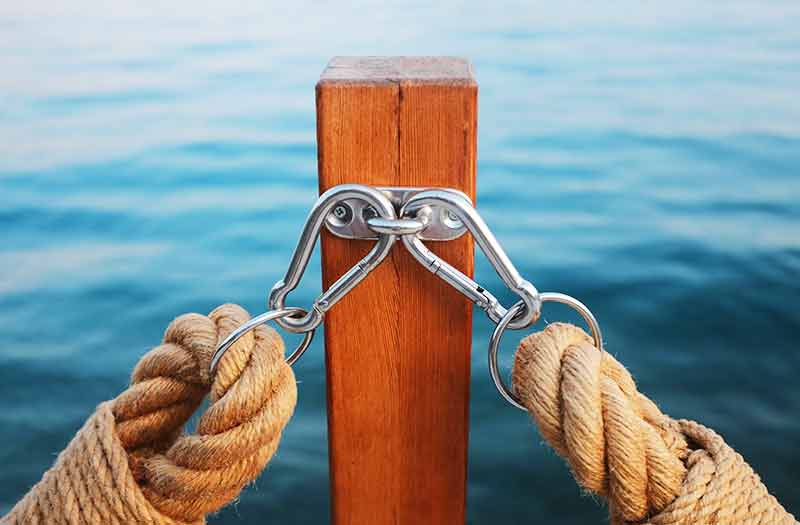 Not to be confused with Lifecycle Hooks, Hooks were introduced in React in v16.7.0-alpha, and a proof of concept was released for Vue a few days after. Even though it was proposed by React, it’s actually an important composition mechanism that has benefits across JavaScript framework ecosystems, so we’ll spend a little time today discussing what this means.

Mainly, Hooks offer a more explicit way to think of reusable patterns — one that avoids rewrites to the components themselves and allows disparate pieces of the stateful logic to seamlessly work together.

In terms of React, the problem was this: classes were the most common form of components when expressing the concept of state. Stateless functional components were also quite popular, but due to the fact that they could only really render, their use was limited to presentational tasks.

Classes in and of themselves present some issues. For example, as React became more ubiquitous, stumbling blocks for newcomers did as well. In order to understand React, one had to understand classes, too. Binding made code verbose and thus less legible, and an understanding of this in JavaScript was required. There are also some optimization stumbling blocks that classes present, discussed here.

In terms of the reuse of logic, it was common to use patterns like render props and higher-order components, but we’d find ourselves in similar “pyramid of doom” — style implementation hell where nesting became so heavily over-utilized that components could be difficult to maintain. This led me to ranting drunkenly at Dan Abramov, and nobody wants that.

Hooks address these concerns by allowing us to define a component’s stateful logic using only function calls. These function calls become more compose-able, reusable, and allows us to express composition in functions while still accessing and maintaining state. When hooks were announced in React, people were excited — you can see some of the benefits illustrated here, with regards to how they reduce code and repetition:

Took @dan_abramov‘s code from #ReactConf2018 and visualised it so you could see the benefits that React Hooks bring us. pic.twitter.com/dKyOQsG0Gd

In terms of maintenance, simplicity is key, and Hooks provide a single, functional way of approaching shared logic with the potential for a smaller amount of code.

Why Hooks in Vue?

You may read through this and wonder what Hooks have to offer in Vue. It seems like a problem that doesn’t need solving. After all, Vue doesn’t predominantly use classes. Vue offers stateless functional components (should you need them), but why would we need to carry state in a functional component? We have mixins for composition where we can reuse the same logic for multiple components. Problem solved.

I thought the same thing, but after talking to Evan You, he pointed out a major use case I missed: mixins can’t consume and use state from one to another, but Hooks can. This means that if we need chain encapsulated logic, it’s now possible with Hooks.

Hooks achieve what mixins do, but avoid two main problems that come with mixins:

If we’re using more than one mixin, it’s not clear which property was provided by which mixin. With Hooks, the return value of the function documents the value being consumed.

So, how does that work in Vue? We mentioned before that, when working with Hooks, logic is expressed in function calls that become reusable. In Vue, this means that we can group a data call, a method call, or a computed call into another custom function, and make them freely compose-able. Data, methods, and computed now become available in functional components.

Let’s go over a really simple hook so that we can understand the building blocks before we move on to an example of composition in Hooks.

OK, here’s were we have, what you might call, a crossover event between React and Vue. The use prefix is a React convention, so if you look up Hooks in React, you’ll find things like useState, useEffect, etc. More info here.

In Evan’s live demo, you can see where he’s accessing useState and useEffect for a render function.

If you’re not familiar with render functions in Vue, it might be helpful to take a peek at that.

But when we’re working with Vue-style Hooks, we’ll have — you guessed it — things like: useData, useComputed, etc.

So, in order for us look at how we’d use Hooks in Vue, I created a sample app for us to explore.

In the src/hooks folder, I’ve created a hook that prevents scrolling on a useMounted hook and reenables it on useDestroyed. This helps me pause the page when we’re opening a dialog to view content, and allows scrolling again when we’re done viewing the dialog. This is good functionality to abstract because it would probably be useful several times throughout an application.

And then we can call it in a Vue component like this, in AppDetails.vue:

We’re using it in that component, but now we can use the same functionality throughout the application!

Two Hooks, understanding each other

We mentioned before that one of the primary differences between hooks and mixins is that hooks can actually pass values from one to another. Let’s look at that with a simple, albeit slightly contrived, example.

Let’s say in our application we need to do calculations in one hook that will be reused elsewhere, and something else that needs to use that calculation. In our example, we have a hook that takes the window width and passes it into an animation to let it know to only fire when we’re on larger screens.

In the first hook:

Then, in the second we use this to create a conditional that fires the animation logic:

Then, in the component itself, we’ll pass one into the other:

Now we can compose logic with Hooks throughout our application! Again, this is a contrived example for the purposes of demonstration, but you can see how useful this might be for large scale applications to keep things in smaller, reusable functions.

Vue Hooks are already available to use today with Vue 2.x, but are still experimental. We’re planning on integrating Hooks into Vue 3, but will likely deviate from React’s API in our own implementation. We find React Hooks to be very inspiring and are thinking about how to introduce its benefits to Vue developers. We want to do it in a way that complements Vue’s idiomatic usage, so there’s still a lot of experimentation to do.

You can get started by checking out the repo here. Hooks will likely become a replacement for mixins, so although the feature still in its early stages, it’s probably a concept that would be beneficial to explore in the meantime.

(Sincere thanks to Evan You and Dan Abramov for proofing this article.)