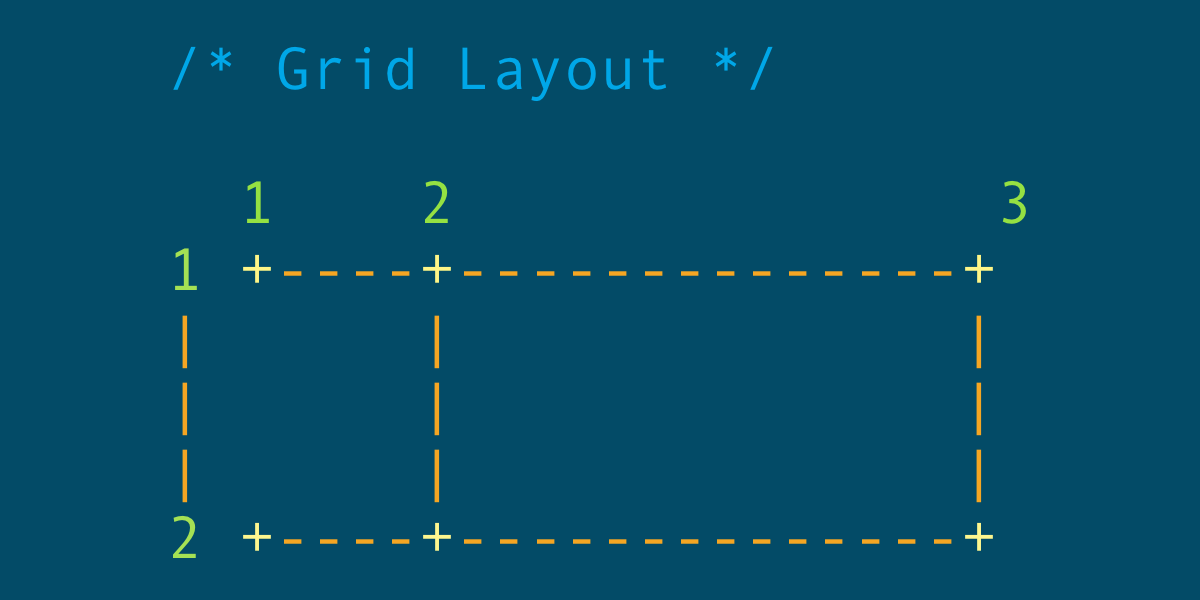 I think of named grid areas in CSS Grids as bring-your-own syntactic sugar. You don’t absolutely need them (you could express grid placement in other ways), but it can make that placement more intuitive. And, hey, if I’m wrong about that, correct me in the comments.

Say you set up a 3-column grid:

No rows defined there; those are implicit and will appear as needed. We could define them, we just aren’t, because like most situations in web design, we don’t care how tall the items are — the height will grow as needed to accomodate the content.

Now, how do we place something in that very top-left position in the grid? We could tell the grid to place it there like this:

That works, although that .item better be the first child of .grid. Otherwise, something else may implicitly be placed there and .item will kick down to the next open row. If we wanted to be super sure to place it in the top-left, we could do the row as well:

Now it will be in the top-left for sure, even if other items are explicitly placed there (they’ll just overlap). We can even shorten things up with the grid-area property:

All those 1’s and 2’s might be intuitive enough for now, but the numbers become a bit much in more complex grids involving both column and row placement.

Check this. While we are defining the columns, we can name them with a separate property:

Every quoted group in grid-template-areas is a row. Inside are names I just made up. Could be just about anything, as long as it makes sense to you. See how the word “pro” is repeated twice there on two rows? That’s important, as it’s saying that we could place a grid item where that value “pro” is and it will be in the first of three columns and span two rows. Pretty intuitive, yeah?

Want to get even more descriptive with a grid? Try drawing it in your CSS comments.