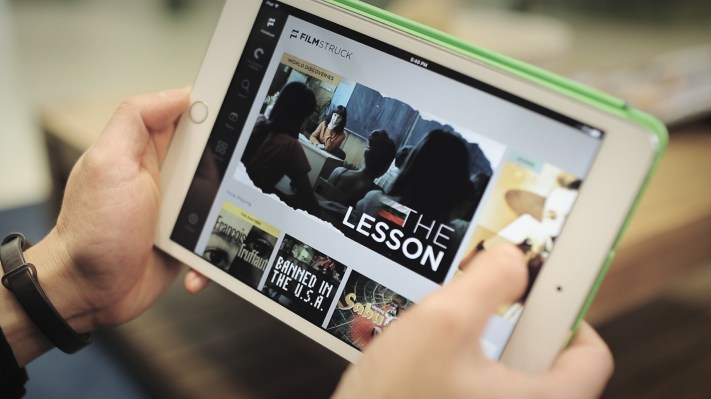 A message on the FilmStruck website says it’s no longer accepting new subscribers, with plans to shut down on November 29. Meanwhile, The Hollywood Reporter suggests that this was an expected move — now that it’s part of AT&T, WarnerMedia (which owns Turner) is planning to a launch a comprehensive streaming service next year.

“While FilmStruck has a very loyal fanbase, it remains largely a niche service,” WarnerMedia said in a statement. “We plan to take key learnings from FilmStruck to help shape future business decisions in the direct-to-consumer space and redirect this investment back into our collective portfolios.”

In addition to classic Hollywood films, FilmStruck was also known for being the online home of the Criterion Collection, with its library of restored art-house and international films.

“Like many of you, we are disappointed by this decision,” Criterion says in a blog post. However, Criterion has worked with Hulu in the past, so it seems like could find another digital partner.

And indeed, the post says Criterion is “still committed to restoring and preserving the best of world cinema and bringing it to you in any medium we can,” and it continues, “We’ll be trying to find ways we can bring our library and original content back to the digital space as soon as possible.”

So it’s possible that much of this content will eventually find its way back online. Still, the transition from DVDs to digital, and now to subscription streaming, has made many classic film titles unavailable. FilmStruck was one of the few streaming services to fight that trend.

It will be missed.