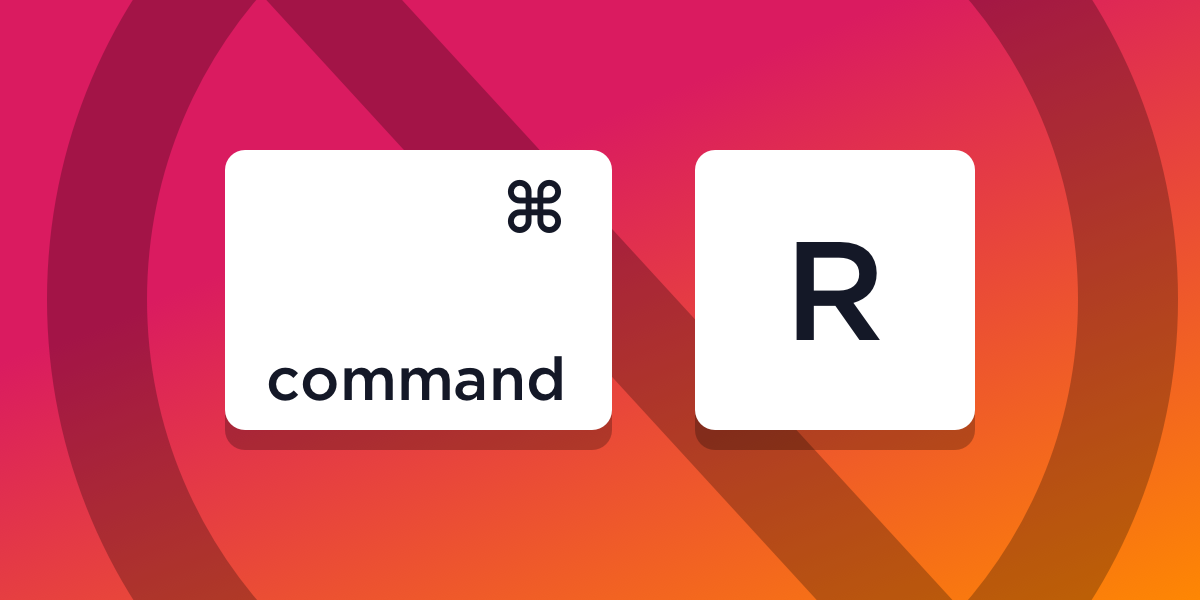 Page reloads are a thing. Sometimes we refresh a page when we think it’s unresponsive, or believe that new content is available. Sometimes we’re just mad at the dang site and rage-refresh to let it know we’re displeased.

Wouldn’t be nice to know when a user refreshes the page? Not just that, but how many times? That data can help us trigger some sort of behavior after a certain number of reloads.

A sports site is a good example. If I want to check the score of a game that’s in progress but the scores aren’t live-updated, then I might find myself refreshing a bunch.

Our goal is to break users out of that habit. We’ll use our page-refresh-counting powers to let folks know that refreshes are unnecessary, thanks to real-time score updates. And if they reload more than three times? We’ll kick ‘em out of their session. That’ll show them.

Here’s a simple demo of that concept.

Let’s re-create it together. But before we get going, there are few questions we need to answer before we start coding:

OK, now that we have the answers, let’s dive into the code.

We will store the time of last reload using a beforeunload window event. We need two things: (1) an event listener that will listen to the event and fire the appropriate method, and (2) our beforeUnloadHandler method.

First, let’s create a function called initializeReloadCount that will set our event listener using the addEventListener method on the window object.

Then we create a second method that will be fired before we leave the site. This method will save the time the refresh happens in localStorage.

Step 2: We need a way to handle and store the reload count

Now that we have the time when the site was last closed, we can proceed and implement logic that’s responsible for detecting and counting how many times the site was reloaded. We need a variable to hold our reloadCount and tell us how many times user reloaded the site.

Then, in our initializeReloadCount function, we need to do two things:

With that, let’s create a new function called checkReload and keep that logic there.

The last function we need in this step is a method responsible for what happens when we confirm that the user reloaded the site. We call that function onReloadDetected, and inside it, we increment the value of reloadCount. If the user refreshed the site third time, we drop the bomb and call our logout logic.

In this step, we implement the logic responsible for the situation when the user reloads the site to the point of breaching our three-limit threshold, despite our clear warnings to stop doing it.

When that happens, we call our API to log the user out, then we clean up all properties related to the reload count logic. That will allow the user to come back and have a clean account of reloads. We can also redirect the user somewhere useful, like the login screen. (But wouldn’t it be funny to send them here instead?)

Now that we have the logic implemented, let’s see how can move that logic to a Vue site based on this example:

First, we need to move all of our variables into our component’s data, which is where all reactive props live.

Then we move all our functions to methods.

Since we are using Vue and its reactivity system, we can drop all direct DOM manipulations (e.g. document.getElementById("app").innerHTML) and depend on our warningMessages data property. To display the proper warning message we need to add a computed property that will re-calculate each time our reloadCount is changed so that we can return a string from our warningMessages.

Then we can access our computed property directly in the component’s template.

Last thing we need to do is find a proper place to activate the reload prevention logic. Vue comes with component lifecycle hooks that are exactly what we need, specifically the created hook. Let’s drop that in.

And there it is, the logic that checks and counts how many times a page has been refreshed. I hope you enjoyed the ride and you find this solution useful or at least inspiring to do something better. 🙂

Like Loading...
Related Articles
All About SASE: What It Is, Why It’s Here, How to Use It
Four Canadian privacy watchdogs start investigation of facial recognition service
Fixed Headers and Jump Links? The Solution is scroll-margin-top