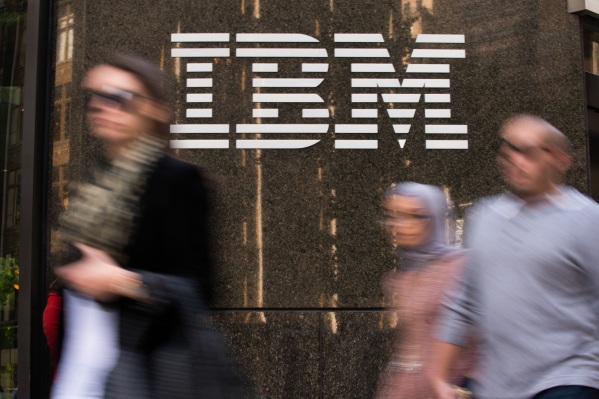 After rumours flew around this weekend, IBM today confirmed that it would acquire open source, cloud software business Red Hat for $190 per share in cash, working out to a total value of $34 billion. IBM said the deal has already been approved by the boards of directors of both IBM and Red Hat but is still subject to Red Hat shareholder and regulatory approvals. If all goes as planned, the acquisition is expected to close in the latter half of 2019.

The deal is all about IBM — which has long continued to rely on its legacy server business — taking a bigger bet on the cloud, and very specifically cloud services that blend on-premises and cloud-based architectures — something that the two companies have already been working on together since May of this year (which now might be looked at as a test drive). Red Hat will be a distinct unit within IBM’s Hybrid Cloud team — which is already a $19 billion business for IBM, the company said — and it will continue to focus on open-source software.

“The acquisition of Red Hat is a game-changer. It changes everything about the cloud market,” said Ginni Rometty, IBM Chairman, President and Chief Executive Officer, in a statement. “IBM will become the world’s number-one hybrid cloud provider, offering companies the only open cloud solution that will unlock the full value of the cloud for their businesses.”

The combined businesses will be able to offer software in services spanning Linux, containers, Kubernetes, multi-cloud management, and cloud management and automation, IBM said. IBM also added that together the companies will continue to build partnerships with multiple cloud providers, including AWS, Microsoft’s Azure, Google Cloud, Alibaba and others, alongside the IBM Cloud.

While companies like Amazon have gone all-in on cloud, in many cases, a lot of enterprises are making the move gradually — IBM cites stats that estimate that some 80 percent of business workloads “have yet to move to the cloud, held back by the proprietary nature of today’s cloud market.” Buying Red Hat will help IBM better tap into an opportunity to address that.

“Most companies today are only 20 percent along their cloud journey, renting compute power to cut costs,” she continued. “The next 80 percent is about unlocking real business value and driving growth. This is the next chapter of the cloud. It requires shifting business applications to hybrid cloud, extracting more data and optimizing every part of the business, from supply chains to sales.”

On top of that, it will give IBM a much stronger footing in open source software, the core of what Red Hat builds and deploys today.

“Open source is the default choice for modern IT solutions, and I’m incredibly proud of the role Red Hat has played in making that a reality in the enterprise,” said Jim Whitehurst, President and CEO, Red Hat, in a statement. “Joining forces with IBM will provide us with a greater level of scale, resources and capabilities to accelerate the impact of open source as the basis for digital transformation and bring Red Hat to an even wider audience –  all while preserving our unique culture and unwavering commitment to open source innovation.”

While IBM competes against the likes of Amazon, the companies will see to remain partners with them with this acquisition. “IBM is committed to being an authentic multi-cloud provider, and we will prioritize the use of Red Hat technology across multiple clouds” said Arvind Krishna, Senior Vice President, IBM Hybrid Cloud, in a statement. “In doing so, IBM will support open source technology wherever it runs, allowing it to scale significantly within commercial settings around the world.”

IBM said that Red Hat will add to its revenue growth, gross margin and free cash flow within 12 months of closing.