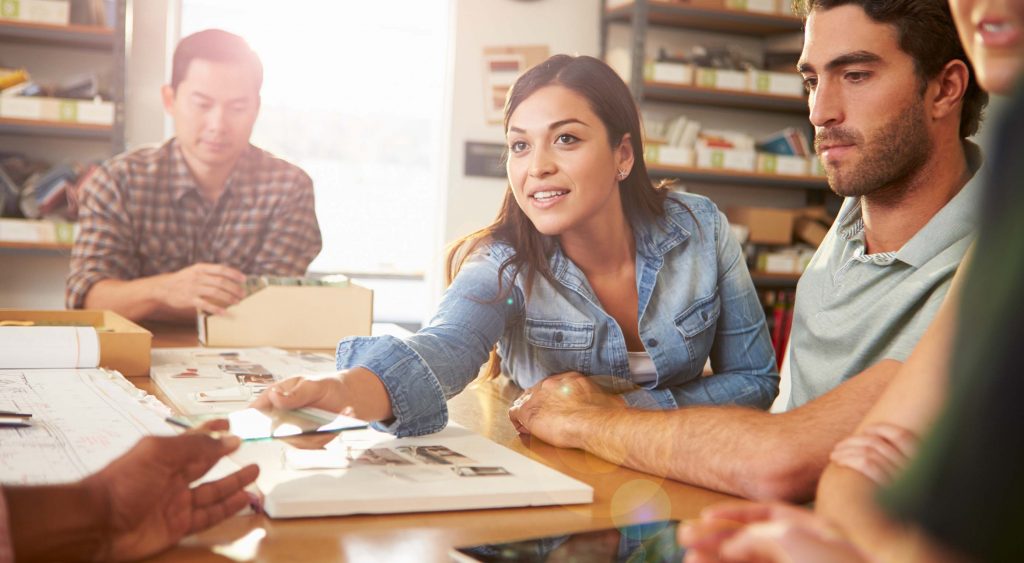 Many, if not most designers will at some point encounter this scenario: they’ve just completed a digital wire-frame for a new project, with a new client. They’ve thought long and hard about the placement of everything, and they’re ready for feedback. They figure it’ll be a short conversation, just enough time for the client to say, “Yeah, that looks fine. Can’t wait to see it with the details filled in!”

The client will take a moment to think, their thoughts briefly visible on their face, and the designer will get nervous. After a minute or so, the client will look up and say, “It looks good…but I’m just not sure about all of those gray boxes.”

Even if they’ve been educated about the use of wireframes, some will still ask, “But you’re going to change the gray boxes, right?” Simply put, assuming that others think like we do is one of the silliest mistakes a designer can make, and we all make it at least once. As designers, even if we don’t start out as visual thinkers, we often end up as visual thinkers after some training.

That may not be so for your clients. For example:

All of these metaphors are imperfect, but serve to highlight the different ways people can think. In fact, people are often on a scale, using one form of thinking or another depending on what they’re thinking about. As a designer, you’re going to have to deal with all of them.

Realizing other people don’t think like you is hard, and often involves a rude awakening. It’s like accidentally seeing a roommate naked. It’s uncomfortable, and everyone wishes things were not as they are; but you just have to get on with your life, now.

It’s best if you simply accept that you saw them naked. Holding on to that feeling of awkwardness will lead to difficult communication later. Likewise, you should accept that clients often have a very different idea of what it means to think. Embrace the fact that they see things differently. Realize that their thought processes may yield insights you never dreamed possible. If you go on while feeling as though interacting with them is a chore, they will probably notice; and they will not like it.

On the other hand, nothing smooths over the bumps in a conversation like an open-minded attitude.

Building trust with a client is always necessary, but especially helpful when communication is difficult to begin with. When they trust you to do good work for them, they’re less likely to interfere with the smooth running of the project, and provide more constructive feedback.

A number thinker might appreciate hearing some metrics from a previous project. Give them those sweet, sweet percentage values. A verbal thinker is likely going to appreciate written success stories. Throw some number-based metrics into the story for good measure, and you can see why a lot of websites already use this technique.

For the more emotion-thinking clients, however, the best way to build trust is probably just to befriend them as best you can in the limited time you have available. To do this, you might need to make a special effort to listen a lot more closely to the tone of what they say, rather than their actual words. Emotional thinkers often have trouble communicating effectively with pretty much everyone, so making that effort will go a long way toward building trust.

Remember back in the day when it was more or less expected that every mockup would be a high-definition mockup? At least, that’s how it felt to me when starting out. I didn’t even know what wireframes were when I started.

Well, for some clients, you may need to go back to the old ways, as it was when web designers roamed the plains, searching for stray DHTML they could copy. Most people, even if not visual thinkers, can sort of visualize things when they put their minds to it. Others have little to no capacity to imagine things visually whatsoever.

For these people, you might have to show them old-fashioned PSD-style high-definition mockups before you’ll get any useful feedback. And they might ask for more than one concept. If you find yourself in this situation, I recommend either charging more, or using UI kits to speed up production.

Flow charts are useful ways to organize information (such as site maps) in any case; but can be an especially useful way to convey concepts to spatial thinkers. After all, the whole format is about using spacing for organizational purposes.

That’s really all I’ve got, here; the flow chart is a fairly simple concept.

Don’t wait for your clients to ask you why you made individual design decisions. When you have something to show them, find the time to talk them through everything you’ve done and/or changed, or write it down. Sometimes, just knowing that you have a coherent reason for the things you do is enough to get sign-off.

Even if there are changes to be made, hearing you express your reasoning may give them the information they need to communicate their priorities properly. Basically, the more both parties know, the better.